What is ONT ID?

ONT ID is a decentralized identity protocol, which establishes a cryptographic identity for each user, company, item and any other entity. ONT ID is based on W3c DID protocol specification and ontology blockchain technology. It is not restricted by any centralized organization and is completely controlled by users themselves. For users ONT ID has the following usages:

Use ONT ID as your sole access point to the blockchain world.

Using Ontology’s trust partners you can access identity verification services that cover nearly 200 countries and regions, as well as use your qualifications, reputation, and credit to manage your own personal profile.These data are encrypted and hosted in ONT ID accounts. Authentication and authorization are completely controlled by users themselves.

Privacy protection is ensured by cryptographic algorithms and your key for encryption can be self-managed or entrusted with a third party. All data access must obtain your authorization.

You can also use ONT ID for more blockchain transactions, such as attestation, payment and smart contract transactions.

Before using ONT ID, you can first get an idea of how ONT ID works.

The following roles will be present throughout the use of ONT ID: 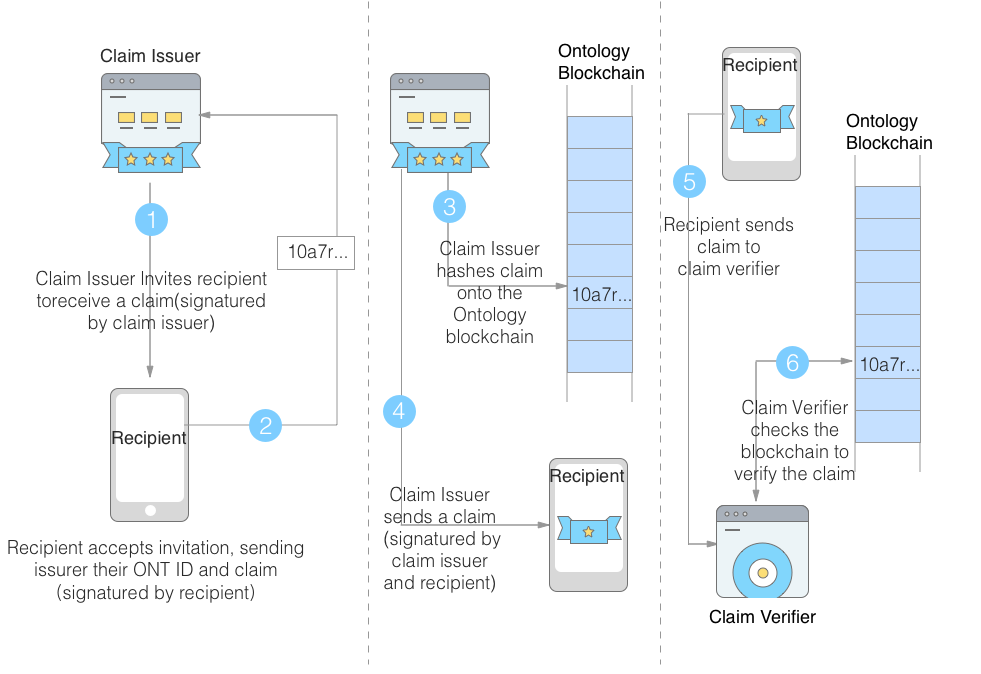 Now , you are ready to use ONT ID services , Optional list are as below:

Updated about 3 years ago